Where to ski in China 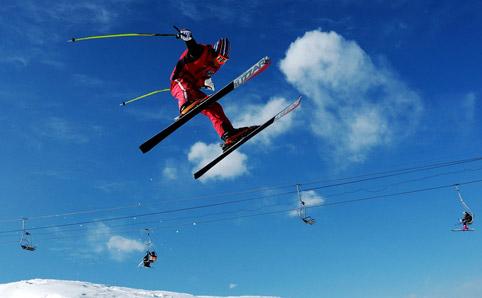 Just half an hour from Beijing, though, Nanshan is the home of China's largest snowboarding park. Its six jumps, half-pipe and range of rails will challenge even the most hardcore boarders and are set to put the pros to the test when the park hosts the Red Bull Open next month.

Runs are short and the snow is often machine-made, so this park is best suited to those who like tricks, beginner skiers or ski-bunnies who just need a quick, cheap fix of the white stuff. If you're bringing the kids along, they'll love perks such as a snowmobile route, 1,318-metre toboggan run and sledding. And there are plenty of good dining options on-site including the newly expanded Alps Café, which serves decent coffee and cake.

Where to stay Nanshan is easy to reach and small enough to cover in a day trip if you're an advanced skier. But if you want to make a weekend of it, within walking distance of the ski area is the Shirton Inn, an Alps-style log cabin that has 24 rooms, each with its own fireplace, starting from 580RMB. Alternatively, if you're going with a group, the Norwegian Villa has two separate ski chalets, each with six double bedrooms, a living room, fireplace, kitchen and multiple bathrooms, costing 3,880RMB. To book, call 8428 6688.

Getting there Take bus 980 from Dongzhimen Public Transport Hub and alight at West Bridge (Xidaqiao), then take a taxi to Nanshan Ski Resort (around 20RMB). Or book a place on the shuttle buses, which depart daily at 8.30am from Sanyuanqiao and Wudaokou subway stations (35RMB; call 8909 1909 at least one day in advance). 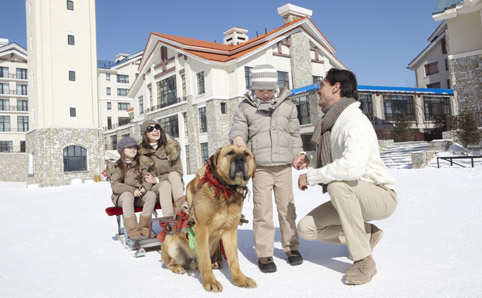 Why go China's original ski town and home to its first international snow resort, Yabuli is still regarded as the poshest, if not the best. Sun Mountain features black diamond runs, rivalled only by those in Beidahu (see below), as well as China's longest alpine slide, on which you can ride a bobsled from the summit to the bottom.

To reach Yabuli you'll likely pass through Harbin, so it's a good excuse to check out the city's Ice Festival, slated to begin on January 5. Visitors can start seeing the frozen sculptures after Christmas.

Where to stay Club Med (www.clubmed.com) opened its first all-inclusive Chinese resort at the end of 2010. Its Yabuli complex is home to a L'Occitane spa with an indoor pool, hot tub, steamroom and sauna, as well as massage suites and reflexology rooms. Rooms start from around 1,000RMB, but can go up to 3,000RMB.

Alternatively, if flight tickets and ski passes have cleaned out your wallet, Minglang Villa (0451 5345 5027) is a friendly, family-run hostel with standard amenities and double rooms starting from 140RMB.

Getting there China Southern (www.csair.com) has return flights from Beijing to Harbin from 990RMB (including taxes). From there, the three-hour train ride (D61 or D63) to Yabuli costs 140RMB. Upon arrival, resort vans and taxis can be negotiated from 60-200RMB per journey. If your travel schedule is flexible, however, there is also a once-a-day ski train (K7011) that departs from Harbin Station at 7.44am to the resort area. Hard seats are 36RMB.

Why go Having played host to the 2007 Asian Winter Games, Beidahu boasts a variety of long trails to keep all types of advanced skiers happy: cross-country lovers, speed freaks who like their runs steep, and those who prefer it Alpine style, with runs snaking between the trees and areas where they can go off-piste to find virgin snow. There are long runs for beginners as well, including a 1,700m-long blue trail, and a snowboard park with a half-pipe, rails and kickers.

Add to this list the high-speed, four-person chairlifts and six-person gondolas – and, as of this year, a mountain-top dining bar with Western and Chinese food – and you have yourself a large resort that easily caters to groups of mixed abilities.

Where to stay The nicest accommodation option on-site is the new Qiaoshan Beidahu Resort Hotel, which has 166 rooms (from 1,288RMB), all with fireplaces, as well as a spa and gym. The destination's original hotel, still confusingly called the Beidahu Asian Games Village, is nearer to the slopes, with the lift station located just outside its front door, and has rooms from 488RMB. To book either hotel or the shuttle bus (see below) call 400 606 7070.

Season Mid-November to the end of March

Getting there The 12-hour overnight train (T271) to Jilin costs 263RMB for a hard sleeper. From there, board the daily free shuttle bus that leaves shortly after the train arrives and takes an hour to get to the resort. 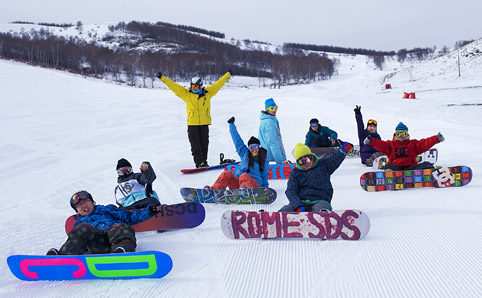 Why go Opened earlier this year near Zhangjiakou – which, thanks to its proximity to the capital, has become something of a skiing hotspot for Beijingers looking for easy weekends away – Genting will eventually become a mega-resort featuring 80 trails.

Of those, 35 will be open this season, but with the owners determined to make Genting a world-class resort (they will reportedly be spending 10 billion USD) you can expect facilities better than those available at most Chinese resorts (think high-speed, heated lifts and good-quality rental gear), as well as higher prices to match.

Where to stay Genting Secret Garden Resort's ski-in ski-out hotel has 265 guest rooms and suites; all feature kitchenettes and 40-inch LCD TVs, and some have hot tubs on their balconies so you can bathe 'alfresco'. Prices start at 3,666RMB, with standard rooms sleeping up to six people.

Season Mid-November to the end of March

Getting there Genting is a little tricky to get to without a car. Dozens of trains leave daily from Beijing to Zhangjiakou South station. They take from three-and-a-half to six hours and cost from 14RMB for a hard seat, depending on which train you choose. From Zhangjiakou South, take bus 10 to the long-distance bus station and from there the 90-minute bus ride to Chongli costs 15RMB. Upon arrival, taxis to the resort can be negotiated for 60RMB.