How did ancient Chinese detectives crack a case? 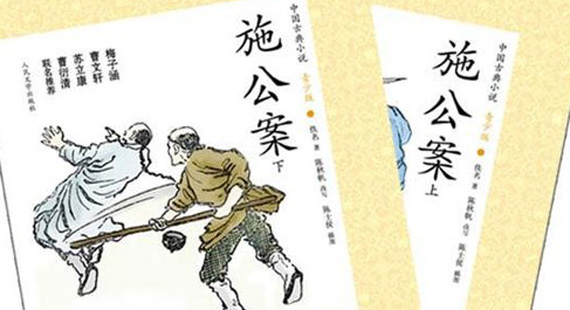 Neither Sherlock Holmes nor Hercule Poirot could imagine the kinds of methods or skills used by their Chinese colleagues to crack cases. Unlike most private detectives, Chinese detectives are also often magistrates in the political system. These detectives are the protagonists in the Detective Fiction genre or Gong An Stories (公案小说 gōng'àn xiǎoshuō), the earliest known genre of Chinese detective stories. They are typically based on historic personas like Bao Zheng (包拯), Di Renjie (狄仁杰) or Shi Shilun (施世纶), who were ancient judges and officials.

A look at excerpts in chapters 43 and 44, from the novel Shi Gong An（《施公案》,Case Records of Judge Shi) will give those who are not familiar with this genre an example of their investigative methods.

Judge Shi shouts loudly to the bed: "You, bed, listen carefully! Your host has filed a suit against you, accusing you of hiding his silver. Tell me the truth immediately, or I will torture you greatly."

He then nodded his head intently.

"What do you mean you have no idea what I'm talking about? Nonsense! Every underling, come here. Torture the bamboo bed. Then question him again."

At first glance, the story hardly makes any sense. Why would Judge Shi question the bed?

In the beginning of the story, as Judge Shi was passing by the gate of a temple, he overheard a fierce quarrel between a man and a woman, with the woman screaming and yelling, "Even the most upright of judges cannot settle a quarrel within a family!" (清官难断家务事! Qīngguān nán duàn jiāwù shì!)

Judge Shi was displeased with these words, and ordered his men to take them to the yamen (衙门),a government office in feudal China.

In the courtroom, the man and the woman knelt down, both looking quite disheveled from the argument. During the trial, Shi discovered that the quarreling man and woman were a couple and that the man, Qi Shun, was a businessman who received 50 liang of silver last night. He hid the silver under the mattress of their bed that night but couldn't find it in the morning.

He accused his wife of stealing the silver and she denied his accusation, thus they began to quarrel with each other.

Judge Shi knitted his brows and a stratagem came to mind. (It is a general description in such ancient novels, where it seems that as long as people knit their brows, a brilliant idea will come about spontaneously).

He blamed Qi, saying Qi's silver disappeared on the way home that night, as he was heavily drunk. Qi was kept in custody and his wife was released.

Of course, the readers know it's a trick; Shi needed to allow the woman to leave to find out what she was doing.

Later, Shi and his followers arrived at Qi's house and began the questioning of the bed. In the novel there is a detailed description about the questioning process of the bed. When he physically "tortures" the bed, he discovers monk's clothes underneath it.

In the end, Judge Shi uncovers that a monk had stolen Qi's silver. His wife admitted that she had an affair with a monk from the temple and that night the monk hid under the bed to avoid being caught by the woman's husband. Once under the bed, he found the silver and stole it after Qi fell asleep.

This is only one simple case in the novel, but it can demonstrate some typical characteristics of Chinese ancient detective novels. These stories often have a supernatural element, in this case, it's the bed. Though in some cases, it's a ghost telling people about its death. At the same time, these judges/detectives are often considered as qīngtiān (青天), literally clear-sky, or blue sky, meaning they can solve cases fairly.

These judges are very clever with strong observation skills. At times, they can use extrasensory perception to break cases without an explanation of the deduction process to leave more to the imagination of the readers.

The famous scholar Wang Dingjun once said "Shi Gong An, Peng Gong An, and Hai Gong An are all Chinese classic （novels） we should have the honor to read. Although these special cases in the novels are well-known, they might be considered boring compared to (the cases of ) Sherlock Holmes."