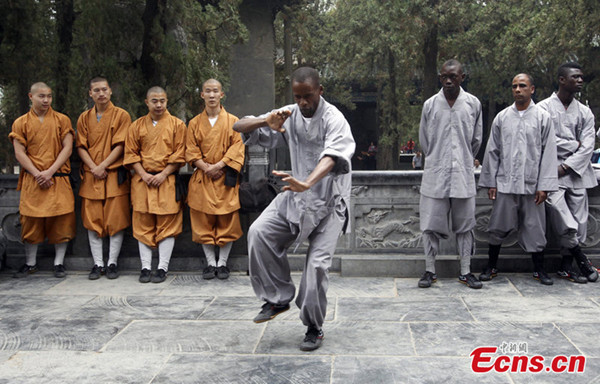 The 20 students from five African countries — Ethiopia, Nigeria, Tanzania, Uganda and Mauritius — began learning Chinese kung fu and culture in the temple on Sept 25, part of an effort to strengthen cultural exchanges and cooperation between China and Africa. While studying in the temple, the foreign students lived with the monks and learned the Chinese language and Buddhism meditation in addition to kung fu.