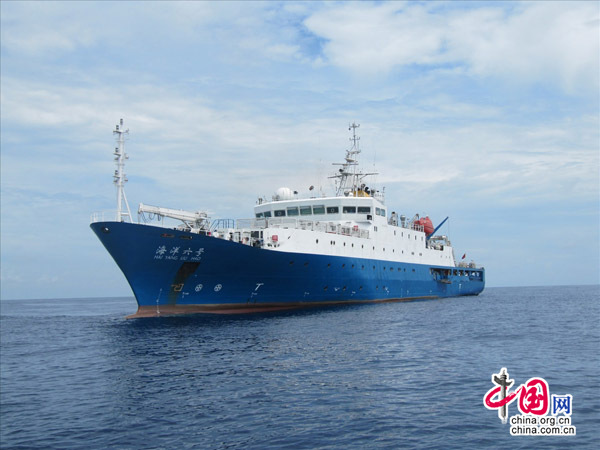 GUANGZHOU  - The Chinese research vessel Haiyang Liuhao, coded Ocean No 6, returned to its port in the south Chinese city of Dongguan on Wednesday after finishing a 162-day exploration of the Pacific Ocean.

During the 30,000-plus-km voyage, researchers on board the vessel collected 10.6 tonnes of polymetallic nodules as samples for further research on ore dressing and smelting, said researcher Liu Fanglan.

The trip was the first time for acoustic detection technology to be used for resource exploration. The expedition also studied deep-sea rare earth areas and their distribution to provide data for future research on rare earth ore and deep sea resources.

During the trip in the West, Central and East Pacific Ocean, the Qianlong No 1, an autonomous underwater vehicle, completed nine submergences and worked underwater for a total of 104 hours.

A 104-member expedition team left from the port city of Guangzhou on May 28. Haiyang Liuhao was delivered for use in October 2009 and has completed four research expeditions so far.