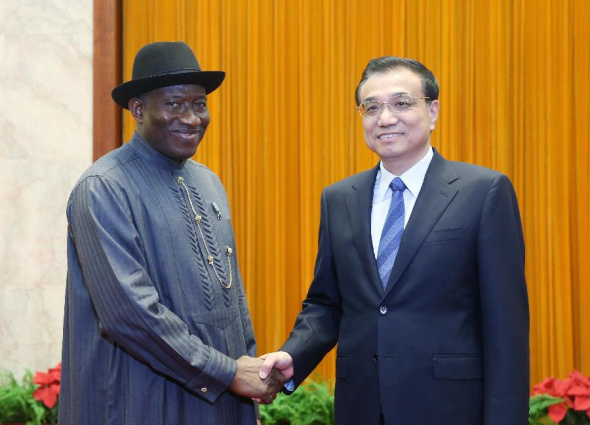 Chinese premier Li Keqiang on Thursday pledged to strengthen cooperation with Nigeria and inject vigor into China-Africa relations during a meeting with Nigerian President Goodluck Jonathan.

China is willing to work with Nigeria to deepen political mutual trust and strengthen cooperation in various fields including trade and investment, infrastructure construction, energy, agriculture and culture, so as to achieve sustainable and healthy development of the two countries' relations, according to the premier.

China is a reliable friend of Africa and has always supported peace, security and development of the continent, Li said, adding that the international community should fully respect African people's own ways of solving their problems, make concrete efforts for African development and for advancing peaceful dialogues regarding hot issues and play a constructive role in promoting Africa's peace and development.

China is ready to work with African countries to inject vigor into a new type of China-Africa strategic partnership, he added.

He thanked China for its assistance to Africa and voiced hope for expanded contact and cooperation between the two countries, progress in developing bilateral relations and positive contributions for Africa-China ties. 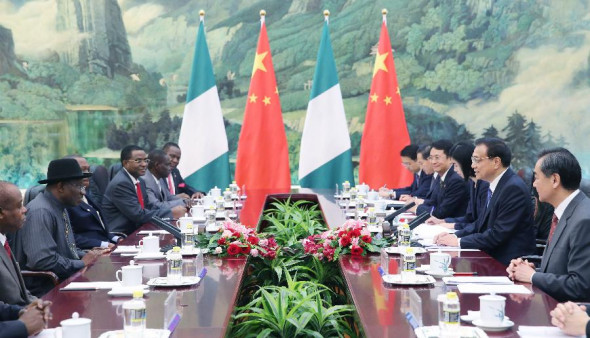