The cost of meals for the first month after Yao Chen gave birth is 40,000 yuan ($6,512), according to Taipei-based Central News Agency, becoming one of the hottest topics on Baidu, China's most-used search engine. The Chinese actress married videographer Cao Yu in November 2012.

Media in Zhengzhou reported that a girl claiming to be 14 years old planned to buy an Audi for her 16-year-old boyfriend, which dominated Baidu search engine. The girl turned out to be 12 and a liar. 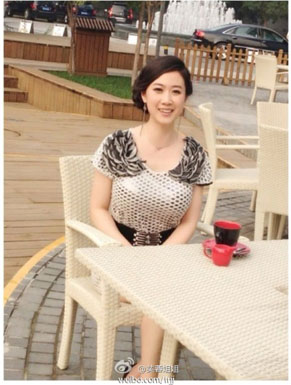 Sister Furong, an Internet celebrity in China, posted new pictures of herself on Sina Weibo on Friday, her 36th birthday. She created an online sensation in 2005 after posting "S-figure" photos of herself, in which she bends her knees and thrusts out her chest in a provocative pose.

On Sina Weibo, People's Daily urged an investigation into the death of Deng Zhangjia, a fruit seller who died during a fight with local officials in Hunan province Wednesday.

The Atlantic Magazine trashing Tiny Times, a film directed by online novelist Guo Jingming, went abuzz on Sina Weibo. The magazine said it is a regression for Chinese women.

Half of 10,000 fireflies died within three days after they were brought to a Qingdao park due to environmental incompatibility. The fireflies are from South China's Guangxi and cost about 30,000 yuan ($4,887).